Why So Much Wealth At The Top Threatens The US Economy 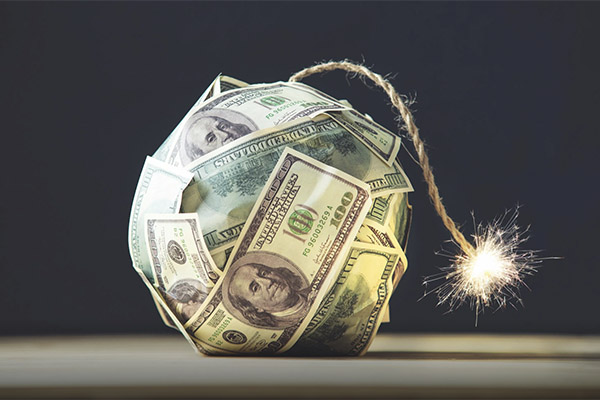 Policymakers and the media are paying too much attention to how quickly the U.S. economy will emerge from the pandemic-induced recession, and not nearly enough to the nation’s deeper structural problem – the increasing imbalance of wealth that could enfeeble the economy for years.

Seventy percent of the US economy depends on consumer spending. But wealthy people, who now own more of the economy than at any time since the 1920s, spend only a small percentage of their incomes. Lower-income people, who were in trouble even before the pandemic, spend whatever they have – which has become very little.

In a very practical sense, the U.S. economy depends on the spending of most Americans who don’t have much to spend. That spells trouble ahead.

It’s not simply a matter of an adequate “stimulus.” The $2,000 checks contained in the American Rescue Plan have already been distributed and extra unemployment benefits will soon expire. Consumer spending will be propped up as employers add to their payrolls. Biden’s spending plans, if enacted, will also help keep consumers afloat for a time.

But the underlying imbalance will remain. Most peoples’ wages will still be too low and too much of the economy’s gains will continue to accumulate at the top, for total consumer demand to be adequate.

Years ago, Marriner Eccles, chairman of the Federal Reserve from 1934 to 1948, explained that the Great Depression occurred because the buying power of Americans fell far short of what the economy could produce. He blamed the increasing concentration of wealth at the top. In his words:

“A giant suction pump had by 1929-1930 drawn into a few hands an increasing portion of currently produced wealth. As in a poker game where the chips were concentrated in fewer and fewer hands, the other fellows could stay in the game only by borrowing. When their credit ran out, the game stopped.”

The wealthy of the 1920s didn’t know what to do with all their money, while most Americans could maintain their standard of living only by going into debt. When that debt bubble burst, the economy sunk.

History is repeating itself. The typical Americans’ wages have hardly increased for decades, adjusted for inflation. Most economic gains have gone to the top, just as Eccles’s “giant suction pump” drew an increasing portion of the nation’s wealth into a few hands before the Great Depression.

The result has been consumer spending financed by borrowing, creating chronic fragility. After the housing and financial bubbles burst in 2008, we avoided another Great Depression only because the government pumped enough money into the system to maintain demand, and the Fed kept interest rates near zero. Then came the pandemic.

The wealth imbalance is now more extreme than it’s been in over a century. There’s so much wealth at the top that the prices of luxury items of all kinds are soaring; so-called “non-fungible tokens,” ranging from art and music to tacos and toilet paper, are selling like 17th-century exotic Dutch tulips; cryptocurrencies have taken off; and stock market values have continued to rise even through the pandemic.

Corporations don’t know what to do with all their cash. Trillions of dollars are sitting idle on their balance sheets. The biggest firms have been feasting off the Fed’s corporate welfare, as the central bank obligingly holds corporate bonds that the firms issued before the recession in order finance stock buybacks.

But most people have few if any assets. Even by 2018, when the economy appeared strong, 40% of Americans had negative net incomes and were borrowing money to pay for basic household needs.

Most workers have little or no bargaining power – neither inside their firms because of the near-disappearance of labor unions, nor in politics because political parties have devolved from giant membership organizations to fundraising machines.

Biden’s “stimulus” programs are fine but temporary. The most important economic reform would be to correct this structural imbalance by reducing monopoly power, strengthening unions, and getting big money out of politics.

Until the structural imbalance is remedied, the American economy will remain perilously fragile. It will also be vulnerable to the next demagogue wielding anger and resentment as substitutes for real reform.