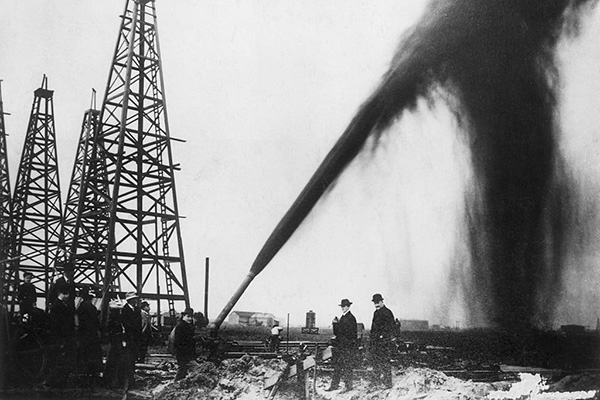 With massive new wins, divestment pushes ever harder on the fossil fuel industry.

Willie Sutton robbed banks because “that’s where the money is.” But if he was still alive, he’d probably be studying pension funds.

Chances are you’ve heard of Harvard, which is why it was big news when after a ten-year campaign the school finally relented, divesting its $40 billion endowment from fossil fuel. And in the weeks that followed, many others took the chance to follow: Boston University (whose president said the school wanted to be “on the right side of history,”), the University of Minnesota, the MacArthur Foundation. Ten of the twenty richest colleges in America have now divested, the result of countless hours of work by activists; they’ve helped rob the oil industry of its social license, tarring its once-good name. The students and others who have done this work are heroes of the first order.

Taken together, those 20 richest schools have a total worth of $322 billion-with-a-b, absolutely nothing to sneeze at. But earlier this week a single pension fund that you’ve probably never heard of unless you’re a Canadian retiree, the Caisse de dépôt et placement du Québec, announced that it too would divest from fossil fuels. And with that one announcement, it took $315 billion out of play for the fossil fuel industry. It’s Canada’s second-biggest pension fund and the world’s twelfth biggest (its other giants are under pressure to divest as well). It joins other massive pension funds—New York City and New York State, for instance, each of them over $200 billion. Others are following suit: the Maine legislature, for instance, recently instructed the state pension fund to divest—it’s “only” $17 billion, but that’s the biggest pool of capital in the state by far. (The fact that long-term fossil fuels are the worst investment you can make has helped).

These divestments are so large that they’re starting to have deep effects on the ability of the fossil fuel industry to expand. As an executive at the investment giant Morningstar explained to the Toronto Star, the “slowdown in funding for new projects means that oil companies will instead need to focus on squeezing every last drop of profit out of older ones while keeping a closer eye on environmental concerns. ‘They’re not going to be focussed on growth,’ he said. ‘They’ll be more in a holding situation, and focussing on cost efficiencies, and reducing their carbon footprint.’”

“Energy companies rely heavily on large, institutional investors such as pension funds because the oil and gas industry is one of the most capital-intensive industries around, said Adam Freneth, an assistant professor at Western University’s Ivey School of Business, who specializes in the energy sector. “When you’re going to the market for billions of dollars year after year, it’s not good when pools of capital get cut off,” Freneth said. “There are limited numbers of places where you can access that amount of capital.”

As early as 2016, it was clear that divestment campaigns were damaging the coal industry’s ability to raise capital—industry giant Peabody cited it as a cause of its bankruptcy. The oil giants are much larger, with massive cash flows, but even Shell, in a recent annual report, called divestment campaigns a ‘material risk’ to its business. All you really need to know is that the fossil fuel industry maintains a website entirely devoted to moaning about divestment and begging universities and pension funds to continue “engaging” with them instead. Remember: their only strategy is delay. There’s nothing they’d enjoy more than a few more decades of parrying back and forth with investors.

Which is why it’s such good news that the pressure on pension funds just keeps growing. The world’s biggest pension funds are often in “blue” cities, states, and countries, because that’s where most of the world’s money gets made. And from the New York State Teachers Retirement Fund to the California Public Employees pension scheme to the giant TIAA fund that provides the pension for most American academics, the pressure for divestment just keeps mounting.

It’s taken ten years to get to this point: the world’s first fossil fuel divestment came in 2012, when tiny Unity College in Maine pulled its $8 million out of coal, oil and gas. (And you should have heard us cheering). It’s also taken ten years for engineers to drop the cost of renewable energy 90 percent. In both cases that’s decades too long. Would that we’d started the divestment campaign much earlier; would that America had embraced Jimmy Carter’s 1979 plan to get 20% of our energy from the sun by 2020.

But we are where we are—in a world badly damaged by climate change, but with a chance still to avert the very worst. Reining in the fossil fuel industry is absolutely essential: please keep the pressure on colleges, on churches—and on pension funds. Because it makes no sense to invest retirement funds in companies that insure there won’t be a world to retire on.