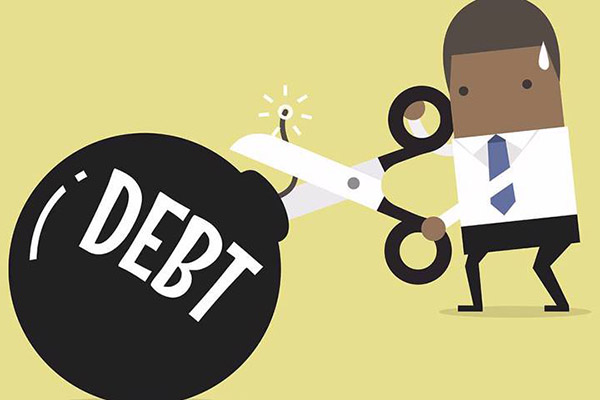 Even if everyone agreed that printing another trillion dollars to finance a basic income for the poor would boost neither inflation nor interest rates, the rich and powerful would still oppose it. After all, their most important interest is not to conserve economic potential, but to preserve the power of the few to compel the many.

ATHENS – Back in the 1830s, Thomas Peel decided to migrate from England to Swan River in Western Australia. A man of means, Peel took along, besides his family, “300 persons of the working class, men, women, and children,” as well as “means of subsistence and production to the amount of £50,000.” But soon after arrival, Peel’s plans were in ruins.

The cause was not disease, disaster, or bad soil. Peel’s labor force abandoned him, got themselves plots of land in the surrounding wilderness, and went into “business” for themselves. Although Peel had brought labor, money, and physical capital with him, the workers’ access to alternatives meant that he could not bring capitalism.

Karl Marx recounted Peel’s story in Capital, Volume I to make the point that “capital is not a thing, but a social relation between persons.” The parable remains useful today in illuminating not only the difference between money and capital, but also why austerity, despite its illogicality, keeps coming back.

For now, austerity is out of fashion. With governments spending like there’s no tomorrow – or, rather, to ensure that there is a tomorrow – fiscal spending cuts to rein in public debt do not rank high among political priorities. US President Joe Biden’s unexpectedly large – and popular – stimulus and investment program has pushed austerity further down the agenda. But, like mass tourism and large wedding parties, austerity is lingering in the shadows, ready for a comeback, egged on by ubiquitous chatter about impending hyperinflation and crippling bond yields unless governments re-embrace it.

There is little doubt that austerity is based on faulty thinking, leading to self-defeating policy. The fallacy lies in the failure to recognize that, unlike a person, family, or company, government cannot bank on its income being independent of its spending. If you and I choose to save money that we could have spent on new shoes, we will keep that money. But this way of saving is not open to the government. If it cuts spending during periods of low or falling private spending, then the sum of private and government spending will decline faster.

This sum is national income. So, for governments pursuing austerity, spending cuts mean lower national income and fewer taxes. Unlike a household or a business, if the government cuts its spending during tough times, it is cutting its revenues, too.

But if austerity is such a bad idea, sapping our economies of energy, why is it so popular among the powerful? One explanation is that while they recognize that state spending on the impecunious masses is an excellent insurance policy against recessions as well as against threats to their property, they are loath to pay the premium (taxes). This is probably true – nothing unites oligarchs more than hostility to taxes – but it does not explain staunch opposition to the idea of spending central-bank money on the poor.

If you asked economists whose theories align with the interests of the wealthiest 0.1% why they oppose monetary financing of redistributive policies that benefit the poor, their answer would hinge on inflation fears. The more sophisticated would go a little further: such largesse would eventually hurt its intended beneficiaries because interest rates would soar. Immediately, the government, facing higher debt repayments, would be forced to cut its expenditures. An almighty recession would then ensue, hitting the poor first and foremost.

This is not the place for yet another rendition of that debate. But suppose for a moment, and for argument’s sake, that everyone agreed that printing another trillion dollars to finance a basic income for the poor would boost neither inflation nor interest rates. The rich and powerful would still oppose it, owing to the debilitating fear that they would end up like Peel in Australia: monied but bereft of the power to compel the less monied.

We are already seeing evidence of this. In the United States, employers are reporting that they cannot find workers as pandemic lockdown rules are lifted. What they really mean is that they cannot find workers who will work for the pittance on offer. The Biden administration’s extension of a $300 weekly supplementary payment to the unemployed has meant that the combined benefits workers receive are more than twice the federal minimum wage – which Congress refused to lift. In short, employers are experiencing something akin to what happened to Peel soon after he arrived in Swan River.

If I am right, Biden is now facing an impossible task. Because of the way financial markets decoupled after 2008 from actual capitalist production, every level of fiscal stimulus that he chooses will be both too little and too much. It will be too little because it will fail to generate good jobs in sufficient numbers. And it will be too much, because, given many corporations’ low profitability and high debt, even the slightest increase in interest rates will cause a cascade of corporate bankruptcies and financial-market tantrums.

The only way to overcome this conundrum, and to rebalance both the financial markets and the real economy, is to lift working-class Americans’ incomes substantially and write off much of the debt – for example, student loans – that keeps them bogged down. But, because this would empower the majority and raise the specter of Peel’s fate, the rich and powerful will prefer a return to good old austerity. After all, their most important interest is not to conserve economic potential. It is to preserve the power of the few to compel the many.